THIS IS AN AUTHENTICALLY AUTOGRAPHED PHOTO BY RICHARD CRENNA.. THIS IS A 5 INCH BY 7 INCH BLACK AND WHITE PHOTO SIGNED BY RICHARD CRENNA WITH ORIGINAL BYLINE. CONDITION OF THE PHOTO AND AUTOGRAPH IS VERY GOOD. Richard Donald Crenna (30 November 1926  17 January 2003) was a Emmy award winning American film, television and radio actor and director. He starred in such motion pictures as The Sand Pebbles, Wait Until Dark, Body Heat, Rambo (First Blood  Rambo III), Hot Shots! Part Deux, and The Flamingo Kid. He played Walter Denton in the CBS radio and television series Our Miss Brooks and Luke McCoy in the ABC and CBS sitcom The Real McCoys (1957-1963). He was on the rare political dramatic series Slattery's People on CBS. He was Colonel Trautman in the Rambo films. 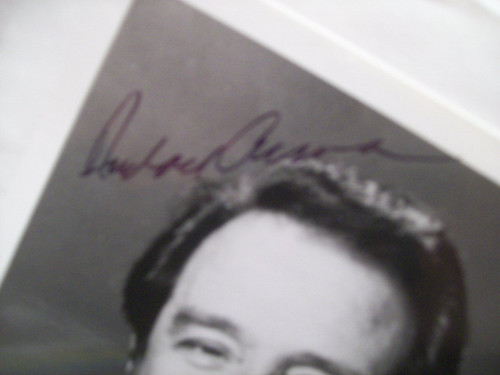