This is an authentically autographed photo by Irwin Corey... This is a 8 inch by 10 inch black and white photo signed by Irwin Corey, condition of the photo and autograph is VERY GOOD. "Professor" Irwin Corey (born July 29, 1914, Brooklyn, New York) is an American comic, film actor and left-wing political activist, who is often billed as 'The World's Foremost Authority'. He is credited with inventing his unscripted, improvisational style of stand-up comedy at Enrico Banducci's San Francisco club the hungry i. Lenny Bruce once described Corey as "one of the most brilliant comedians of all time". 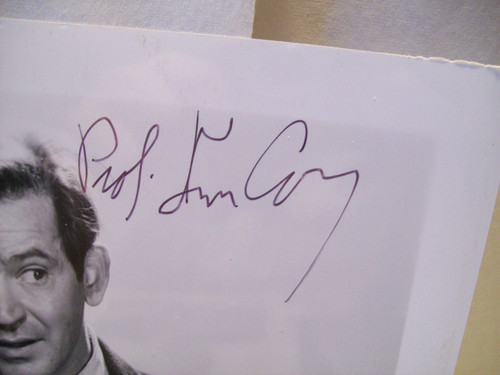