This item is a vintage 5" X 7" fan club photo of actor Gary Cooper. Gary Cooper (born Frank James Cooper; May 7, 1901 – May 13, 1961) was an American actor known for his natural, authentic, strong, silent and understated acting style. He won the Academy Award for Best Actor twice and had a further three nominations, as well as receiving an Academy Honorary Award for his career achievements in 1961. He was one of the top 10 film personalities for 23 consecutive years, and one of the top money-making stars for 18 years. The American Film Institute (AFI) ranked Cooper at No. 11 on its list of the 25 greatest male stars of classic Hollywood cinema. The fan club photo has been autographed on the front by Gary Cooper in black...............BOTH PHOTO AND AUTOGRAPH ARE IN VERY GOOD CONDITION. 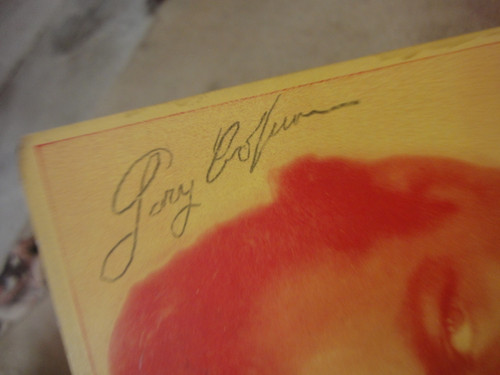