Original Cast-"High Spirits"(ABC OC 1)-LP. This LP features the Broadway Musical-"High Spirits" directed by Noel Coward.Coward, Sir Noël (Sir Noël Pierce Coward) 18991973, English playwright, actor, composer, and director, b. Teddington, England. Coward first gained wide prominence in 1924 acting in his The Vortex. His name soon became synonymous with sophistication, wit, and a world-weary sentimentality. The characters in his 27 plays are usually wealthy and somewhat snobbish couples, who express themselves with witty and brittle badinage. The best-known of his theater works include Fallen Angels (1925); Easy Virtue (1925); Private Lives (1930), perhaps his most enduring comedy; Design for Living (1932); and Blithe Spirit (1941). He also wrote revues, sketches, musical comedies, and operettas and was the most successful English composer of theater music in the mid-20th cent. Among the best known of his 281 songs are Mad Dogs and Englishman and I'll See You Again.Coward's films include the romantic Brief Encounter (1946) and the patriotic In Which We Serve (1942), for which he was director (with David Lean), actor, and producer. (His patriotism took another form as well; using his reputation as a flamboyant bon vivant as a cover, Coward was employed as a British agent during World War II.) He also wrote short stories and a novel, Pomp and Circumstance (1960), performed in cabaret, made recordings, and wrote three autobiographical works, Present Indicative (1937), Middle East Diary (1945), and Future Indefinite (1954), which were collected in one volume in 1986. His play Song at Twilight (1966), an autobiographical drama about an aging homosexual writer who has had to write dishonestly about himself, initiated a revival of interest in Coward's works. He was knighted in 1970.The LP has been autographed on the front cover by Noel Coward..........CONDITION OF VINYL,COVER AND AUTOGRAPH IS VG.................. 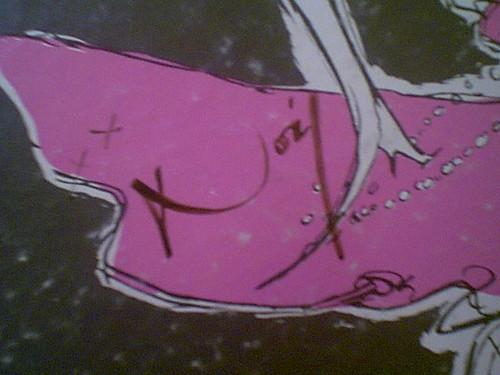