Nat King Cole-"The Magic Tree"-1950-Goday Music Corp-sheet music. Nathaniel Adams Coles (March 17, 1919 – February 15, 1965), known professionally as Nat King Cole, was an American singer, jazz pianist, and actor. He recorded over 100 songs that became hits on the pop charts. His trio was the model for small jazz ensembles that followed. Cole also acted in films and on television and performed on Broadway. He was the first African-American man to host an American television series. He was the father of singer-songwriter Natalie Cole (1950–2015).The sheet music has been autographed on the front cover by Nat King Cole with a fountain pen in blue..................BOTH SHEET MUSIC AND AUTOGRAPH ARE IN VERY GOOD CONDITION. 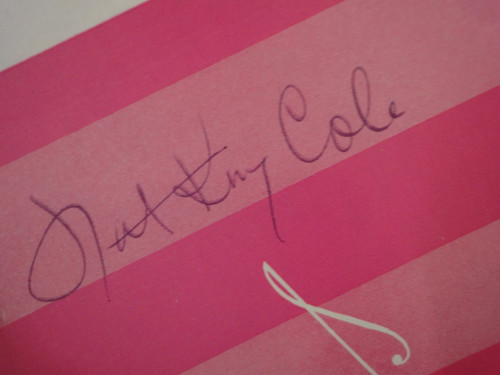