THIS IS AN AUTHENTICALLY AUTOGRAPHED LP BY JOSEPH COTTEN.. JOSEPH COTTEN(PLAY HOUR CR 34)BIBLE HEROES-THE STORY AND SONG OF NOAH, DAVID, MOSES, AND DANIEL-CRICKETONE CHORUS AND ORCHESTRA. PHOTO COVER IS SIGNED BY JOSEPH COTTEN-CONDITION OF THE VINYL IS WEAK VG, COVER AND AUTOGRAPH IS VG. Joseph Cheshire Cotten (May 15, 1905  February 6, 1994) was an American stage and screen actor. He was perhaps best known for his collaborations with Orson Welles, which included Citizen Kane, The Third Man, and Journey Into Fear, which Cotten wrote, and for his work with Alfred Hitchcock. He received his start on Broadway, starring in the original productions of The Philadelphia Story and Sabrina Fair, and became a recognizable Hollywood star in his own right with films such as Shadow of a Doubt and Portrait of Jennie. 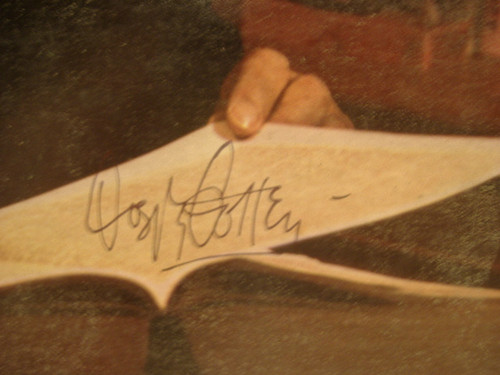