Playbill For The National Theatre-1959-"Once More With Feeling"-starring Joseph Cotten and Arlene Francis-6 1/2" X 8 1/2"-36 pages-theatre program. This vintage Playbill features a cover photo of Arlene Francis and Joseph Cotten.The play Once More, With Feeling which was adapted for this film, opened on Broadway on 21 October 1958 at the National Theatre, in a production directed by George Axelrod and designed by George Jenkins, and starring Joseph Cotten, Arlene Francis, and Walter Matthau, who was nominated for a Tony Award as Best featured actor. The play ran for 263 performances.The PLaybill has been autographed on the front cover by Joseph Cotten with a fountain pen in blue and ARlene Francis with a fountain pen in blue..............BOTH PLAYBILL AND AUTOGRAPHS ARE IN VERY GOOD CONDITION. 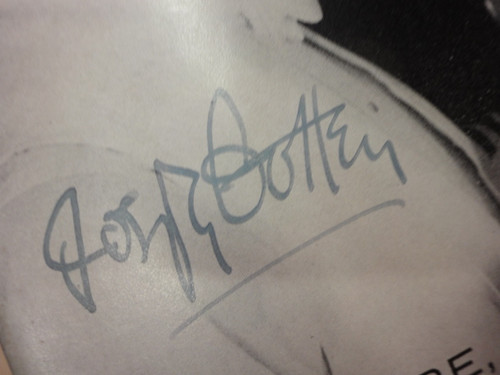