This is an authentically autographed magazine by Gary Coleman.. TV Guide-March 19 1983-Photo cover is signed by Gary Coleman, condition of the magazine and autograph is VERY GOOD Gary Wayne Coleman[3] (February 8, 1968  May 28, 2010) was an American actor, known for his childhood role as Arnold Jackson in the American sitcom Diff'rent Strokes (19781986) and for his small stature as an adult. He was described in the 1980s as "one of television's most promising stars." After a successful childhood acting career, Coleman struggled financially later in life. In 1989, he successfully sued his parents and business adviser over misappropriation of his assets. 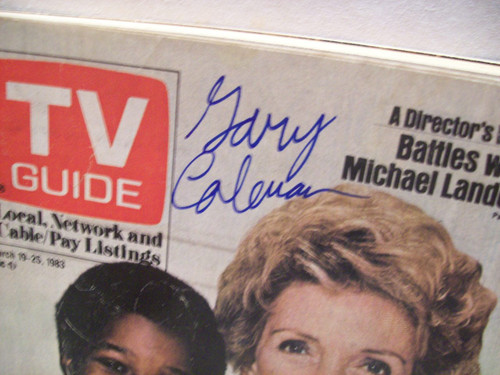