"Come Back To Love (The Chief's Death)"-1979-Zoetrope Music-sheet music. This song is featured in the 1979 Francis Ford Coppola Movie-"Apocalypse Now".Francis Ford Coppola, like his contemporaries Martin Scorsese, George Lucas and Steven Spielberg, studied films and filmmaking in college. Coppola's first break came as a screenwriter; he won his first Oscar for writing Patton, the movie based on the life of George S. Patton, Jr. By the late 1960s Coppola had formed his own production company, and in 1972 he released The Godfather, a box office smash and often hailed as one of the best movies of the 1970s (along with two of his other films, 1974's The Conversation, and 1979's Apocalypse Now). In spite of what is now a spotty record, Coppola is considered one of the greats in the American movie business, more active as a producer these days than as a writer or director. His films as director include The Rain People (1969, with James Caan); The Outsiders and Rumble Fish (both 1983, based on the books by S.E. Hinton); Tucker: The Man and His Dream (1988, starring Jeff Bridges); Dracula (1992, starring Gary Oldman); and The Rainmaker (1997, with Matt Damon).The sheet music has been autographed on the front by Francis Ford Coppola.........BOTH SHEET MUSIC AND AUTOGRAPH ARE IN VERY GOOD CONDITION........................ 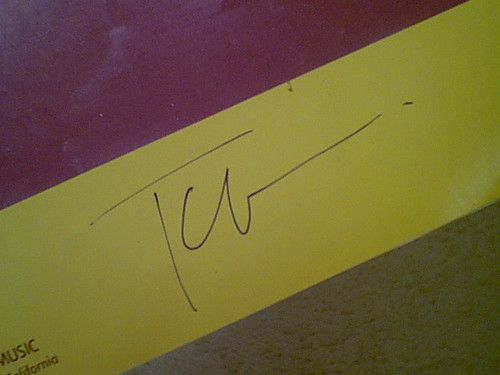