This is an authentically autographed photo by Elvis Costello.. This is a 9 inch by 12 inch lithographed photo signed by Elvis Costello, condition of the photo and autograph is VERY GOOD Declan Patrick MacManus (born 25 August 1954), known by the stage name Elvis Costello, is a British singer-songwriter. He came to prominence as an early participant in London's pub rock scene in the mid-1970s and later became associated with the New Wave musical genre. Steeped in word play, the vocabulary of Costello's lyrics is broader than that of most popular songs. His music has drawn on many diverse genres; the critic Stephen Thomas Erlewine describes him as a "pop encyclopedia," able to "reinvent the past in his own image" 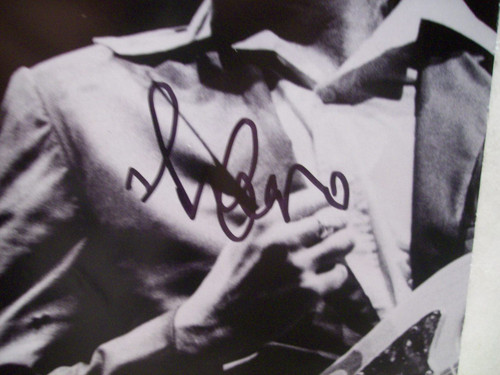