This is an authentically autographed magazine by Bob Cousy.. Sport-March 1963-Photo cover is signed by Bob Cousy, condition of the magazine and autograph is VERY GOOD., Robert Joseph "Bob" Cousy (born August 9, 1928) is a retired American professional basketball player. The 6'1" (1.85-m), 175-pound (79.4-kg) Cousy played point guard with the National Basketball Association's (NBA) Boston Celtics from 1951 to 1963 and briefly with the Cincinnati Royals in the 196970 season. Cousy first demonstrated his basketball abilities while playing for his high school varsity team in his junior year. He obtained a scholarship to the College of the Holy Cross, where he led the Crusaders to berths in the 1948 and 1950 NCAA Men's Division I Basketball Tournament and was named an NCAA All-American for three seasons. Cousy was initially drafted as the third overall pick in the first round of the 1950 NBA Draft by the Tri-Cities Blackhawks, but after he refused to report with the Blackhawks, he was picked up by the Boston Celtics. Cousy had a highly successful career with the Celtics, winning six championship rings, being voted into 13 All-Star and 12 All-NBA First and Second Teams and winning the NBA Most Valuable Player Award in 1957.[1] 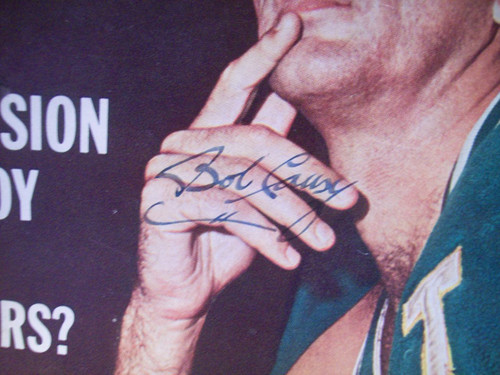