THIS IS AN AUTHENTICALLY AUTOGRAPHED LP BY BILL COSBY.. SILVER THROAT-BILL COSBY SINGS (WARNER BROS 1709)PHOTO COVER IS SIGNED BY BILL COSBY. CONDITION OF THE VINYL,COVER, AND AUTOGRAPH IS VERY GOOD. Bill Cosby (born William Henry Cosby, Jr on July 12, 1937) is an American comedian, actor, television producer, and activist. A veteran stand-up performer, he got his start at various clubs, then landed a vanguard role in the 1960s action show I Spy. He later starred in his own series, The Bill Cosby Show, in the late 1960s. He was one of the major characters on the children's television show The Electric Company for its first two seasons, and created the humorous educational cartoon series Fat Albert and the Cosby Kids, about a group of young friends growing up in the city. Cosby also acted in numerous films. During the 1980s, Cosby produced and starred in what is considered one of the decade's defining sitcoms, The Cosby Show, which lasted eight seasons from 1984 to 1992, and is still in syndication. The sitcom highlighted the experiences and growth of an upper middle-class African-American family. In the 1990s, Cosby starred in Cosby, which first aired in 1996, hosted Kids Say the Darndest Things, which began in 1998, and appeared in a number of movies. He has also appeared on the stand-up circuit. His good-natured, fatherly image has made him a popular personality and garnered him the nickname of "America's Dad". He has also been a sought-after spokesman for products like Jell-O Pudding, and the defunct retail chain Service Merchandise. 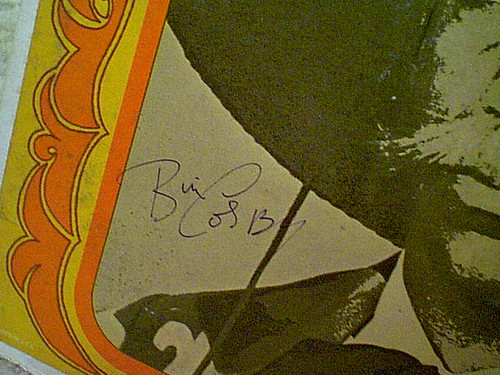