This is an authentically autographed photo by Alex Cord... This is a 8 inch by 10 inch black and white photo signed by Alex Cord, condition of the photo and autograph is VERY GOOD. Alex Cord (May 3, 1933) is an American actor who is perhaps best known for portraying the role of Archangel on the television series Airwolf. Born Alex Viespi in Floral Park, New York, Cord's first role of note was in the 1962 movie The Chapman Report directed by George Cukor. He briefly enjoyed a leading man status on the big and small screen during the 1960s and 1970s, and starred or co-starred in westerns and action films. 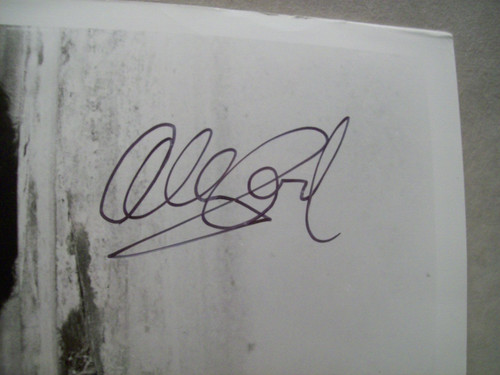