THIS IS AN AUTHENTICALLY AUTOGRAPHED PHOTO BY CHEVY CHASE AND GOLDIE HAWN.. THIS IS A 7 INCH BY 9 INCH BLACK AND WHITE PHOTO BY CHEVY CHASE AND GOLDIE HAWN. CONDITION OF THE PHOTO AND AUTOGRAPH IS VERY GOOD. Foul Play is a 1978 film by Colin Higgins starring Goldie Hawn and Chevy Chase. They are supported by Burgess Meredith, Brian Dennehy, Billy Barty and Dudley Moore in one of his first American feature film appearances. The movie, which aimed for romantic comedy mixed with Hitchcockian thriller elements, turned out to be a successful vehicle for both Chevy Chase and Goldie Hawn. It also resulted in a short-lived television series starring Barry Bostwick and Deborah Raffin. 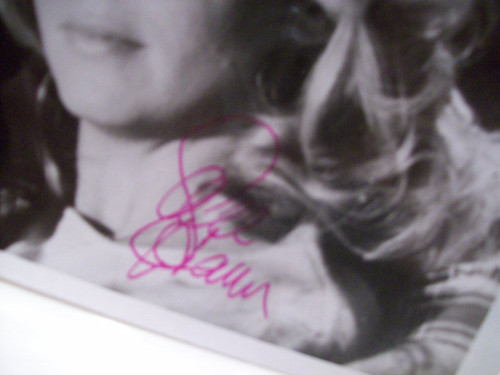