This item is an 8" X 10",color photo of Oleg Cassini.Oleg Cassini (April 11, 1913  March 17, 2006) was a French-born American fashion designer. Cassini dressed numerous stars creating some of the most memorable moments in international fashion and film. He garnered admiration and fame for his designs for First Lady Jacqueline Kennedy. His designs for the First Lady, The Jackie Look are recognized as being the "single biggest fashion influence in history" by film costume designer, Edith Head. Cassini's contemporary designs such as the A-line, Sheath and the Empire Strapless continue to remain influential and predominant today. His passions including sports and Native American culture fueled his work with freshness and imagination, creating innovative looks fueled by his very personal feeling that: "To be well dressed is a little like being in love." The photo has been autographed on the front by Oleg Cassini....................BOTH PHOTO AND AUTOGRAPH ARE IN VERY GOOD CONDITION. 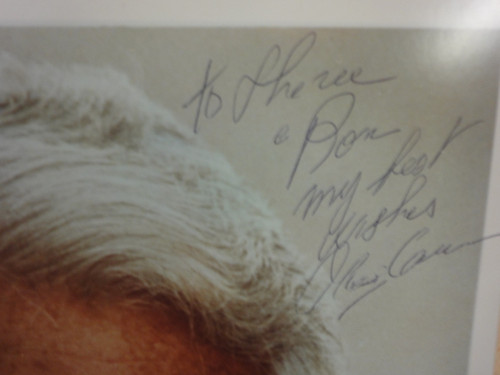