This is an authentically autographed TV Guide by Mickey Michael Callan.. TV Guide-DEC 17 1966-Photo cover is signed by Mickey Michael Callan, condition of the magazine and autograph is VERY GOOD. Michael Callan (born November 22, 1935) is an American actor. Born Martin Harris Calinieff[1] in Philadelphia, Pennsylvania, Callan began his career as Mickey Calin, and it was with this name he appeared on Broadway in The Boy Friend (1954), Catch a Star (1955), and West Side Story (1957-1959). 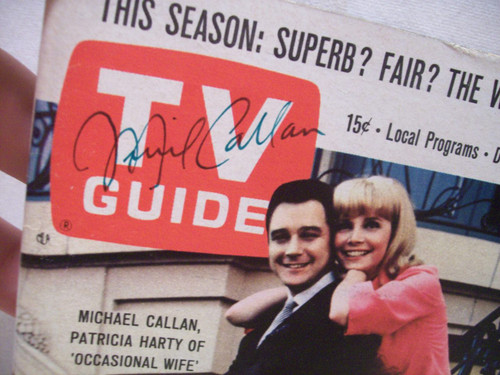