Eddie Cantor-"Ma!"-1921-Fred Fisher-9" X 12"-sheet music. This famous song was featured in the 1920 Musical revue-"Midnight Rounders" starring Eddie Cantor.Eddie Cantor (January 31, 1892  October 10, 1964) was an American illustrated song "model," comedian, dancer, singer, actor and songwriter. Familiar to Broadway, radio and early television audiences, this "Apostle of Pep" was regarded almost as a family member by millions because his top-rated radio shows revealed intimate stories and amusing anecdotes about his wife Ida and five daughters.His eye-rolling song-and-dance routines eventually led to his nickname, Banjo Eyes, and in 1933, the artist Frederick J. Garner caricatured Cantor with large round and white eyes resembling the drum-like pot of a banjo. Cantor's eyes became his trademark, often exaggerated in illustrations, and leading to his appearance on Broadway in the musical Banjo Eyes (1941).The sheet music has been autographed on the front cover by Eddie Cantor with a fountain pen in blue......BOTH SHEET MUSIC AND AUTOGRAPH ARE IN AVERAGE CONDITION............... 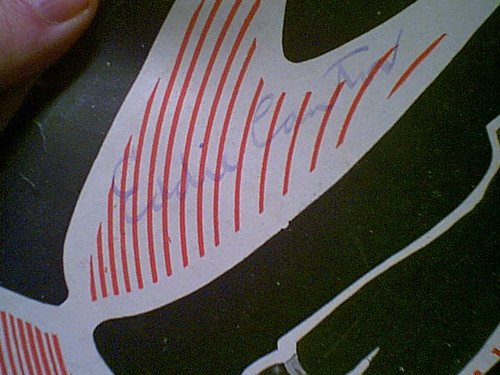