This item is an 8" X 10",color photo of a scene from the 1995 Movie-"The Usual Suspects".Near the end of The Usual Suspects, Kevin Spacey, in his Oscar-winning performance as crippled con man Roger "Verbal" Kint, says, "The greatest trick the Devil ever pulled was convincing the world he didn't exist." This may be the key line in this story; the farther along the movie goes, the more one realizes that not everything is quite what it seems, and what began as a conventional whodunit turns into something quite different. A massive explosion rips through a ship in a San Pedro, CA, harbor, leaving 27 men dead, the lone survivor horribly burned, and 91 million dollars' worth of cocaine, believed to be on board, mysteriously missing. Police detective Dave Kujan (Chazz Palminteri) soon brings in the only witness and key suspect, "Verbal" Kint. Kint's nickname stems from his inability to keep his mouth shut, and he recounts the events that led to the disaster. Five days earlier, a truckload of gun parts was hijacked in Queens, NY, and five men were brought in as suspects: Kint, hot-headed hipster thief McManus (Stephen Baldwin), ill-tempered thug Hockney (Kevin Pollak), flashy wise guy Fenster (Benicio Del Toro), and Keaton (Gabriel Byrne), a cop gone bad now trying to go straight in the restaurant business. While in stir, someone suggests that they should pull a job together, and Kint hatches a plan for a simple and lucrative jewel heist. Despite Keaton's misgivings, the five men pull off the robbery without a hitch and fly to Los Angeles to fence the loot. Their customer asks if they'd be interested in pulling a quick job while out West; the men agree, but the robbery goes horribly wrong and they soon find themselves visited by Kobayashi (Pete Postlethwaite), who represents a criminal mastermind named Keyser Soze. Soze's violent reputation is so infamous that he's said to have responded to a threat to murder his family by killing them himself, just to prove that he feared no one. When Kobayashi passes along a heist proposed by Soze that sounds like suicide, the men feel that they have little choice but to agree.The photo has been autogrpahed on the front by Gabriel Byrne, Kevin Pollak, Stephen Baldwin ,Benecio DelToro and Kevin Spacey.BOTH PHOTO AND AUTOGRAPHS ARE IN VERY GOOD CONDITION................... 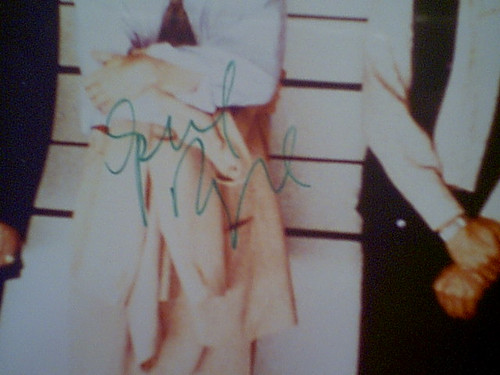