Donald Byrd(Blue Note 84124)- "A New Perspective"-LP. Tracklist Elijah Beast Of Burden Cristo Redentor The Black Disciple Chant Donaldson Toussaint L'Ouverture Byrd II (December 9, 1932 – February 4, 2013) was an American jazz and rhythm & blues trumpeter. A sideman for many other jazz musicians of his generation, Byrd was known as one of the only bebop jazz musicians who successfully pioneered the funk and soul genres while remaining a jazz artist. As a bandleader, Byrd was an influence on the early career of Herbie Hancock. The LP has been autographed on the front cover by Donald Byrd........CONDITION OF VINYL,COVER AND AUTOGRAPH IS VG. RECORD IS IN ORIGINAL BLUE NOTE SLEEVE. 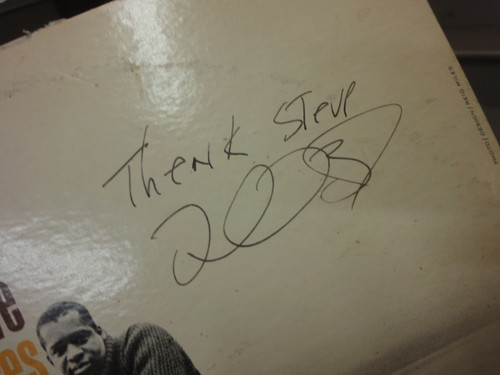