This item is a set of 7-8" X 10" photos of Richard Burton and Sophia Loren in the 1974 Movie-"The Voyage".In turn-of-the-century Sicily, aristocratic scions Adriana (Sophia Loren) and Cesar (Richard Burton) have loved one another for years, but Adriana accedes to the wishes of Cesar's father and marries his foolish younger brother Antonio (Ian Bannen). When Antonio dies, much to the relief of everyone, it looks as though the coast is now clear for Cesar to marry Adriana after a suitable mourning period. Alas, she has a fatal illness and it is not to be. This romantic melodrama is chiefly distinguished by the fact that it is the last film directed by the legendary Vittorio de Sica, who died shortly afterward.One photo has been autographed on the front by Sophia Loren and one photo has been autographed on the front by Richard Burton.........CONDITION OF PHOTOS AND AUTOGRAPHS IS VERY GOOD........... 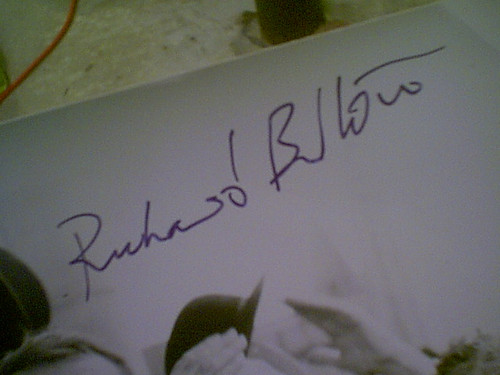