THIS IS AN AUTHENTICALLY AUTOGRAPHED PHOTO BY LLOYD BRIDGES... THIS IS A 8 INCH BY 10 INCH BLACK AND WHITE PHOTO SIGNED BY LLOYD BRIDGES. CONDITION OF THE PHOTO AND AUTOGRAPH IS VERY GOOD. Lloyd Vernet Bridges, Jr. (January 15, 1913  March 10, 1998) was an Emmy Award-nominated American actor. Bridges starred in popular television series, and appeared in more than 150 films. 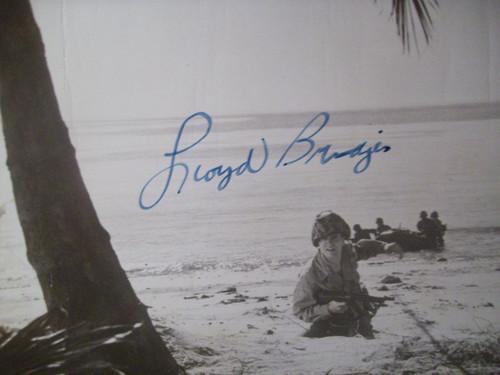