THIS IS AN AUTHENTICALLY AUTOGRAPHED PHOTO BY DAVID BRENNER.. THIS IS A 5 INCH BY 7 INCH BLACK AND WHITE PHOTO SIGNED BY DAVID BRENNER. CONDITION OF THE PHOTO AND AUTOGRAPH IS VERY GOOD. David Brenner (born February 4, 1945]) is an American standup comedian, actor, author, and filmmaker. Born and raised in poor areas of Philadelphia, Brenner found comedy a major source of relief from the daily trials and tribulations he faced in his youth. His neighborhood has been one of the top-ranked crime neighborhood for almost 90 years. But, unlike most of the children in the neighborhood, he managed to stay away from too much trouble. His sense of humor led to his immense popularity in his school years, winning Brenner the title of "Class President" every year. After high school, he attended Temple University, where he majored in mass communications, graduating with honors. Making his national television debut on the The Tonight Show, he has since become the most frequent guest on the show, with over 150 appearances. [1] Since the majority of his jokes deal with current events, mostly political, he has become somewhat of a political pundit, and has been a guest on several news-oriented shows in the recent past, and was also ranked #53 on Comedy Central Presents: 100 Greatest Stand-Ups of All Time." Prior to beginning his standup career, he wrote and directed over a hundred made-for-TV documentaries, which garnered him many awards, including an Emmy. He is also the author of four books, and is currently working on his fifth. He recently became engaged to Olympic figure skater Tai Babilonia. David has three children named Slade, Wyatt and Cole. Cole's mother, Charisse Brody of Stamford, Ct., lived with David from 1980-1983 ending in a bitter custody battle lasting several years. David finally won custody of their son Cole in 1991. [2] In 2006 he got into a fist fight with a group of neo-Nazis in California, knocking three of them out cold before the fight was broken up by local police. 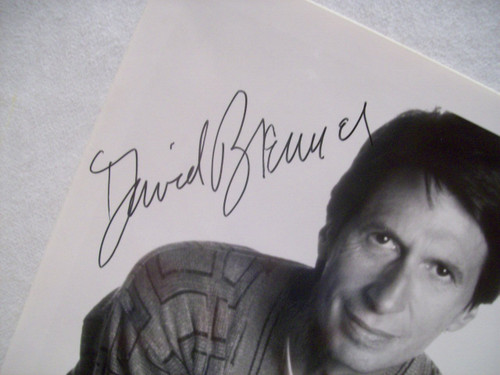