This item is an 8" X 10",black and white lithograph photo of actor Charles Bronson.Charles Bronson (born Charles Dennis Buchinsky; November 3, 1921  August 30, 2003) was an American film and television actor.He starred in films such as Once Upon a Time in the West, The Magnificent Seven, The Dirty Dozen, The Great Escape, Rider on the Rain, The Mechanic, and the Death Wish series. He was often cast in the role of a police officer, gunfighter, or vigilante in revenge-oriented plot lines. During his career, Bronson had long-term partnerships with directors Michael Winner and J. Lee Thompson.The photo has been autographed on the front by Charles Bronson............BOTH PHOTO AND AUTOGRAPH ARE IN VERY GOOD CONDITION. 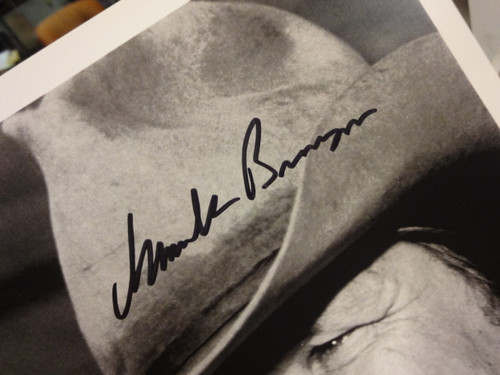