This item is an 8" X 10",black and white photo of actor Charles Bronson in a scene from the 1973 Movie-"The Family".This Italian crime melodrama was originally released as Citta Violenta. Charles Bronson stars as Jeff, an ex-convict living in New Orleans. Understandably, Jeff trusts no one but his curvaceous girl friend Vanessa (Jill Ireland). She is stolen away from him by Weber (Telly Savalas), the man who framed him on a murder charge. Jeff goes gunning after Weber, only to discover that his real enemy is within his own circle of intimates. The photo has been autographed on the front by Charles Bronson............BOTH PHOTO AND AUTOGRAPH ARE IN VERY GOOD CONDITION............... 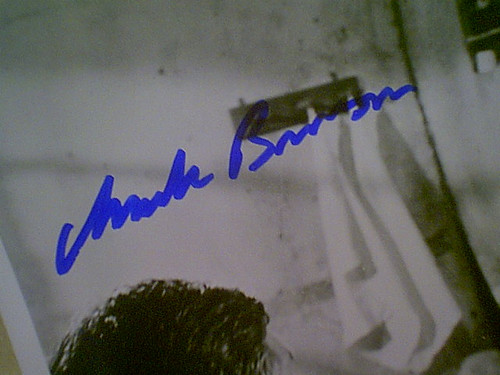