This item is an 8" X 10",black and white early photo of actor Beau Bridges.The oldest son of actor Lloyd Bridges, Beau's movie credits include The Other Side of the Mountain (1975), Greased Lightning (1977), and Norma Rae (1978). He also starred opposite his brother Jeff in The Fabulous Baker Boys (1989). He appeared in the remake of Inherit the Wind (1999) and Common Ground (2000). He won critical acclaim for his portrayal of Nixon in the cable movie Kissinger and Nixon (1995) and for his portrayal of former White House press secretary James Brady in the TV movie Without Warning: The James Brady Story (1991).The photo has been autographed on the front by Beau Bridges.............BOTH PHOTO AND AUTOGRAPH ARE IN VERY GOOD CONDITION. 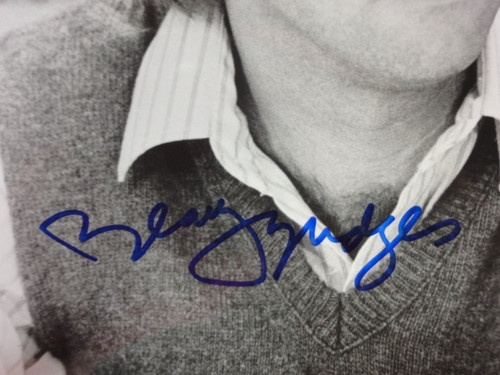