Ebony Magazine-May 1969-180 pages. This vintage Ebony Magazine-which originally sold for sixty cents-features a color cover photo of Julian Bond plus an article with photos.Horace Julian Bond, known as Julian Bond, (born January 14, 1940) is an American social activist and leader in the American Civil Rights Movement, politician, professor and writer. While a student at Morehouse College in Atlanta, Georgia, during the early 1960s, he helped found the Student Nonviolent Coordinating Committee (SNCC). He was the first president of the Southern Poverty Law Center. Bond was elected to both houses of the Georgia legislature, where he served a total of 20 years. He was chairman of the National Association for the Advancement of Colored People (NAACP) from 1998 to 2010.The magazine has been autographed on the front cover by Julian Bond......BOTH MAGAZINE AND AUTOGRAPH ARE IN NICE CONDITION. 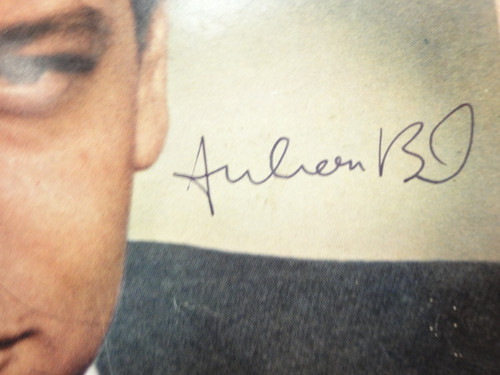