"Someday I'll Meet You Again"-1944-M.Witmark-sheet music.Passage to Marseille is a 1944 war film made by Warner Brothers, directed by Michael Curtiz and produced by Hal B. Wallis with Jack L. Warner as executive producer. The screenplay was by Casey Robinson and Jack Moffitt from the novel Sans Patrie (Men Without Country) by Charles Nordhoff and James Norman Hall. The music score was by Max Steiner and the cinematography was by James Wong Howe.The film reunited much of the cast of Casablanca (1942), also directed by Curtiz, including Humphrey Bogart, Claude Rains, Sydney Greenstreet, Peter Lorre, and Helmut Dantine. Mich 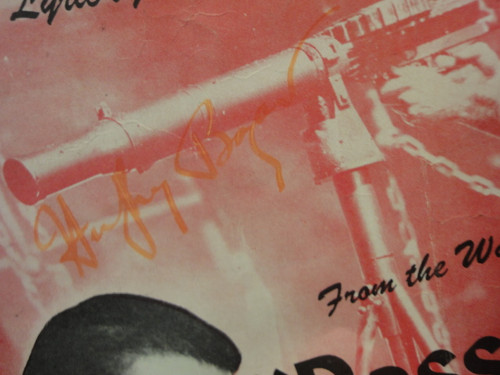