This item is a 10 1/2" X 12",color lithograph photo of musician Clint Black.A country music traditionalist from Texas, Clint Black was one of the first artists to kick-start the mass-market popularity of country in the '90s. Black is also one of the first artists of a generation that was equally inspired by rock-oriented pop — like '70s singer/songwriters and '60s rock & roll — as well as country artists like Merle Haggard, Bob Wills, and George Jones. He offered a shiny, marketable version of traditional country and in the process paved the way for a new generation of country artists, particularly Garth Brooks. After Brooks broke through into the pop mainstream, Black's career began to fade somewhat, but he remained one of the most popular and acclaimed vocalists of the '90s.The lithograph photo has been autographed on the front by Clint Black.....................BOTH PHOTO AND AUTOGRAPH ARE IN VERY GOOD CONDITION........... 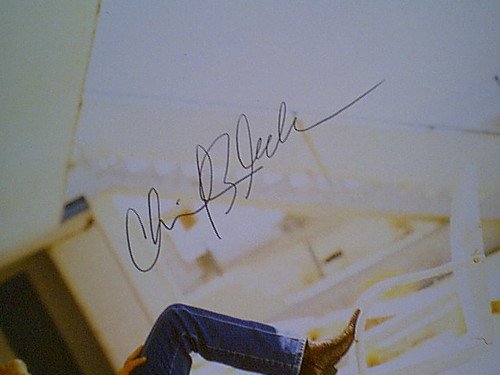