THIS IS AN AUTHENTICALLY AUTOGRAPHED PHOTO BY THEODORE BIKEL.. THIS IS A 5 INCH BY 6 INCH BLACK AND WHITE SIGNED PHOTO BY THEODORE BIKEL. CONDITION OF THE PHOTO AND AUTOGRAPH IS VERY GOOD. Theodor Meir Bikel (born May 2, 1924, Vienna, Austria) is an Academy Award- and Tony Award-nominated character actor, folk singer and musician. He made his film debut in The African Queen (1951) and was nominated for an Academy award for his role as the Southern Sheriff in The Defiant Ones (1958). 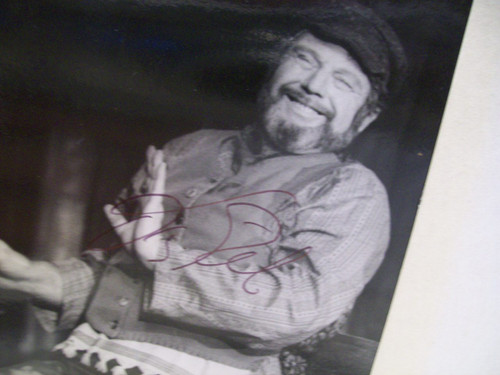