"Goodbye For Now-Theme From The Motion Picture Reds"-1981-Famous Music-sheet music.Reds is a 1981 American epic drama film co-written, produced and directed by Warren Beatty. The picture centers on the life and career of John Reed, the journalist and writer who chronicled the Russian Revolution in his book Ten Days That Shook the World. Beatty stars in the lead role alongside Diane Keaton as Louise Bryant and Jack Nicholson as Eugene O'Neill.The sheet music has been autographed on the front cover by Warren Beatty and Diane Keaton................BOTH SHEET MUSIC AND AUTOGRAPHS ARE IN VERY GOOD CONDITION. 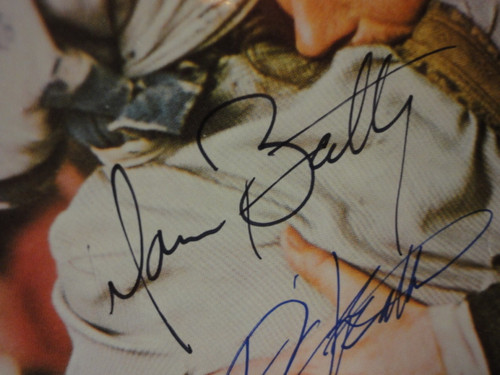