THIS IS AN AUTHENTICALLY AUTOGRAPHED PHOTO BY VALERIE BERTINELLI.. THIS IS A 7 INCH BY 9 INCH BLACK AND WHITE PHOTO SIGNED BY VALERIE BERTINELLI. HAS DATED BYLINE ON BACK. CONDITION OF THE PHOTO AND AUTOGRAPH IS VERY GOOD. Valerie Anne Bertinelli (born April 23, 1960) is an American film and television actress best known for her role as Bonnie Franklin's daughter, Barbara Cooper Royer, on the long-running television series One Day at a Time. 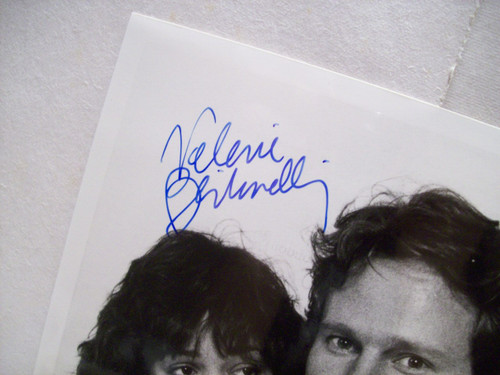