"Inside Shelley Berman"(Verve 15003)-LP.Sheldon "Shelley" Berman (born February 3, 1925) is an American comedian, actor, writer, teacher, lecturer, philanthropist, and poet.In 1957, Berman landed his first job as a comedian at Mister Kelly's in Chicago, which led to other nightclub bookings, and a recording contract with Verve Records. His comedy albums earned him three gold records and he won the first Grammy Award for a non-musical recording. He was the first standup comedian to perform at Carnegie Hall. Berman would go on to appear on numerous TV specials and all of the major variety shows of the day.He starred on Broadway in A Family Affair and continued with stage work in The Odd Couple, Damn Yankees, Where's Charley?, Fiddler on the Roof, Two by Two, I'm Not Rappaport, La Cage aux Folles, Prisoner of Second Avenue and Guys & Dolls.Berman's voice was used as the inspiration for the voice of Hanna-Barbera cartoon character Fibber Fox, as done by Daws Butler.The LP Has been autographed on the front cover by Shelley Berman...............CONDITION OF VINYL,COVER AND AUTOGRAPH IS VG. 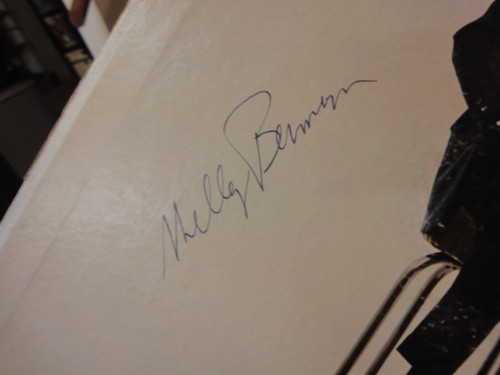