THIS IS AN AUTHENTICALLY AUTOGRAPHED PHOTO BY MILTON BERLE... THIS IS A 8 INCH BY 10 INCH BLACK AND WHITE PHOTO SIGNED BY MILTON BERLE. CONDITION OF THE PHOTO AND AUTOGRAPH IS AVERAGE. Milton Berle, born Milton Berlinger (July 12, 1908  March 27, 2002) was an Emmy-winning American comedian and actor. As the manic host of NBC's Texaco Star Theater (194855), he was the first major star of television and as such became known as Uncle Miltie and Mr. Television to millions during TV's golden age. 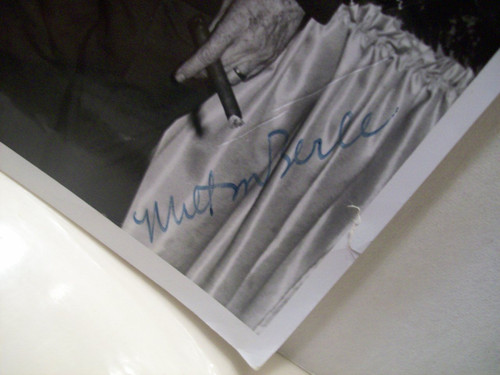