Crawdaddy Magazine-June 1977-76 pages. This vintage magazine-which was originally sold for $1.00-features a color cover photo of actor John Belushi plus an article with photos.John Adam Belushi (January 24, 1949  March 5, 1982) was an American comedian, actor, and musician. He is best known as one of the original cast members of the hit NBC sketch comedy show Saturday Night Live. He was the older brother of James "Jim" Belushi. He was known for his brash, energetic comedy style and raunchy humor. During his career he had a close personal and artistic partnership with fellow SNL comedian and author Dan Aykroyd.Belushi died on March 5, 1982 in Hollywood, California after overdosing on a mixture of cocaine and heroin (a 'speedball') at the age of 33. He was posthumously honored with a star on the Hollywood Walk of Fame, on April 1, 2004.The magazine has been autographed on the front cover by John Belushi...........BOTH MAGAZINE AND AUTOGRAPH ARE IN VERY GOOD CONDITION. 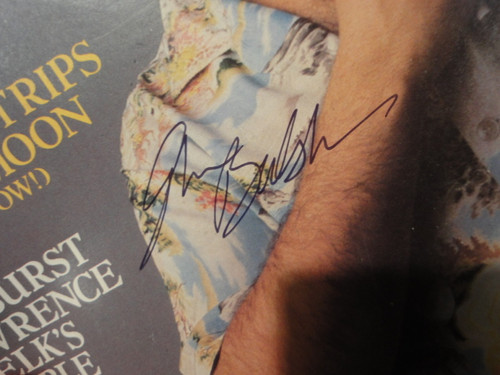