The Bee Gees were a music group formed in 1958, featuring brothers Barry, Robin, and Maurice Gibb. The trio were especially successful as a popular music act in the late 1960s and early 1970s, and later as prominent performers of the disco music era in the mid- to late 1970s. The group sang recognisable three-part tight harmonies; Robin's clear vibrato lead vocals were a hallmark of their earlier hits, while Barry's R&B falsetto became their signature sound during the mid- to late 1970s and 1980s. The Bee Gees wrote all of their own hits, as well as writing and producing several major hits for other artists. The Bee Gees have occasionally been referred to as The Disco Kings. The LP has been autographed on the front cover by Barry Gibb Robin Gibb Maurice Gibb..............................CONDITION OF TWO RECORD SET, COVER AND AUTOGRAPHS IS MINT MINUS. RECORDS ARE IN ORIGINAL INNER SLEEVES. 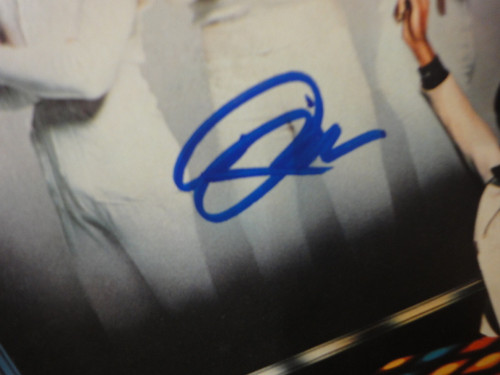