This item is a 10" X 14",black and white lithograph photo of David Ben-Gurion. The lithograph photo has been mounted on a 10" X 14" piece of photography paper.Ben-Gurion, David, 18861973, Israeli statesman, b. Poland as David Grün. He settled in Palestine in 1906. He was an active Zionist and during World War I helped to organize the Jewish Legion in support of the British. In the struggle to found an independent Jewish state in Palestine he followed a policy of cooperation with the British during World War II. After the war, however, he led the political struggle against them and authorized sabotage activities. A founder and leader of the Labor (Mapai) party and an early leader of the Histadrut, he was the first (194853) prime minister of the newly created state of Israel. In 1955 he returned to the cabinet as defense minister under Moshe Sharett and later that year again became prime minister, reflecting a shift in Israeli policy toward confrontation with Israel's hostile Arab neighbors. Amid growing controversy he resigned in Feb., 1961, but was quickly returned to office. He again resigned in June, 1963. In retirement Ben-Gurion continued to be politically active, forming a splinter party from the dominant Labor party in 1965. A selection of his writings was published as Rebirth and Destiny of Israel (1954); he also wrote Israel: Years of Challenge (1965), Israel's Security (1960), The Jews in their Land (1966), Memoirs (1970), Israel: A Personal History (1971), and My Talks with the Arabs (1973).The lithograph photo has been autographed on the front by David Ben-Gurion with a fountain pen in blue.David Ben-Gurion wrote his name in Hebrew..................BOTH PHOTO AND AUTOGRAPH ARE IN VERY GOOD CONDITION........................ 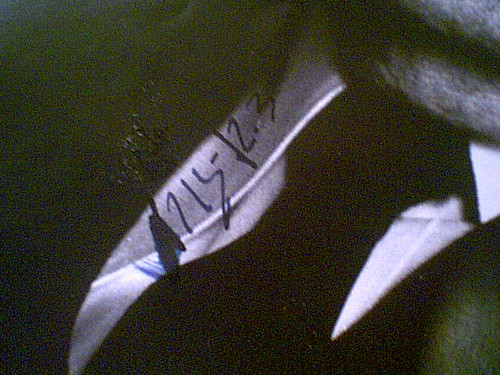