This item is a 10 1/2" X 12",color lithograph photo of actress Annette Bening.Annette Bening began on the stage in San Francisco and New York. She was nominated for a Tony for her performance in Coastal Disturbance (1987), then moved into films. Her breakthrough role in The Grifters (1990, starring John Cusack) earned her an Oscar nomination for Best Supporting Actor. In 1992 she married Warren Beatty and together they have four children. In 2000 Bening was nominated for a Best Actress Oscar for her performance in American Beauty (1999, starring Kevin Spacey. Her other films include Tim Burton's Mars Attacks (1996), Open Range (2003, starring Kevin Costner) and Being Julia (2004, with Jeremy Irons).The color lithograph photo has been autographed on the front by Annette bening........BOTH PHOTO AND AUTOGRAPH ARE IN EXCELLENT CONDITION..................... 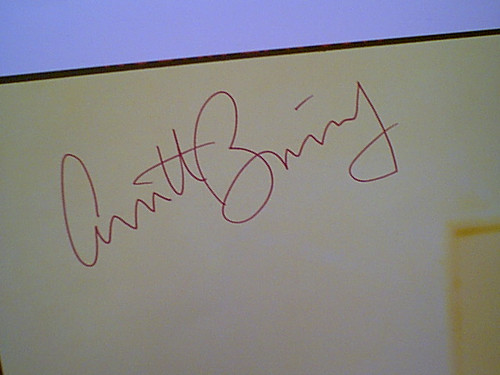