Balthasar Klossowski de Rola (February 29, 1908 – February 18, 2001), known as Balthus, was a Polish-French modern artist. He is known for his erotically charged images of pubescent girls, but also for the refined, dreamlike quality of his imagery.Throughout his career, Balthus rejected the usual conventions of the art world. He insisted that his paintings should be seen and not read about, and he resisted any attempts made to build a biographical profile. The exhibition catalog has been autographed on the front cover by Balthus...................BOTH EXHIBITION CATALOG AND AUTOGRAPH ARE IN EXCELLENT CONDITION. 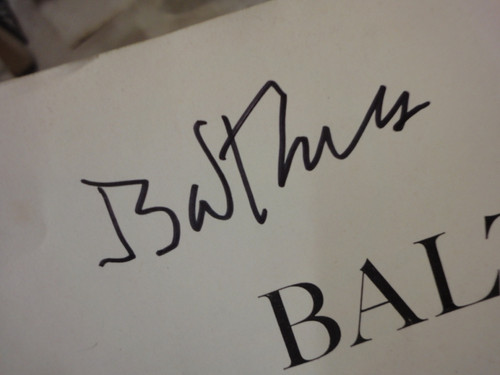