This is an authentically autographed Playbill by Lauren Bacall and Sydney Chaplin... Playbill-1960-Goodbye Charlie-Photo cover is signed by Lauren Bacall and Sydney Chaplin, condition of the magazine and autographs is VERY GOOD Lauren Bacall (born September 16, 1924) is an American film and stage actress and model, known for her husky voice and sultry looks. She first emerged as leading lady in the film noir genre, including appearances in The Big Sleep (1946) and Dark Passage (1947), as well as a comedian in How to Marry a Millionaire (1953) and Designing Woman (1957). Bacall has also worked in the Broadway musical, gaining Tony Awards for Applause in 1970 and Woman of the Year in 1981. Her performance in the movie The Mirror Has Two Faces (1996) earned her a Golden Globe Award and an Academy Award nomination. In 1999, Bacall was ranked as one of the 25 actresses on the AFI's 100 Years... 100 Stars list by the American Film Institute. In 2009, she was selected by the Academy of Motion Picture Arts and Sciences to receive an Academy Honorary Award at the inaugural Governors Awards. Sydney Earle Chaplin (March 31, 1926  March 3, 2009) was a film and theatre actor. The third son of Sir Charles Chaplin and the second by his second wife, Mexican-American actress Lita Grey, Sydney Chaplin was named after his uncle Sydney Chaplin (18851965). Lita Grey was 16 when she married the 35-year-old Charles Chaplin in 1924. Sydney was born two years later in Beverly Hills. His parents divorced a year later. Their elder son, Charles Chaplin, Jr. died in 1968. After serving in World War II, including a stint in Europe, Sydney turned to acting. Sydney was a founding member of the Circle Players at The Circle Theatre, now know as El Centro Theatre He won the 1957 Tony Award for Best Performance by a Featured Actor in a Musical for Bells Are Ringing, opposite Judy Holliday, and received a Tony nomination for his performance as Nicky Arnstein, the gambling first husband of Fanny Brice, opposite Barbra Streisand, in the Broadway musical Funny Girl in 1964. Sydney appeared in two of his father's films, Limelight (1952) and A Countess from Hong Kong (1967). He was also half-brother to Geraldine Chaplin, Michael Chaplin, Josephine Chaplin, Victoria Chaplin, Eugene Chaplin, Jane Chaplin, Annette Chaplin, Christopher Chaplin and Norman Chaplin. 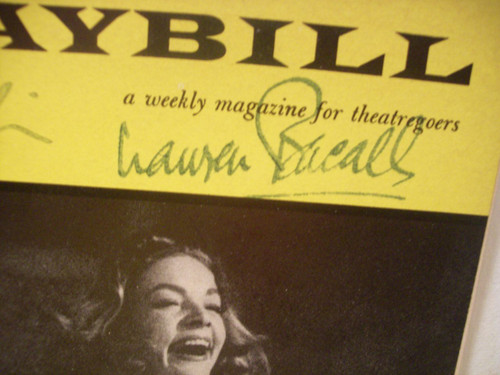