This item is an 8" X 10",black and white photo of actor Ed Asner.Edward David Asner (born November 15, 1929), commonly known as Ed Asner, is an American film, television, stage, and voice actor and former president of the Screen Actors Guild. He is primarily known for his Emmy Award-winning role as Lou Grant during the 1970s and early 1980s, on both The Mary Tyler Moore Show and its spin-off series Lou Grant, making him one of the few television actors to portray the same leading character in both a comedy and a drama.The photo has been autographed on the front by Ed Asner..................BOTH PHOTO AND AUTOGRAPH ARE IN VERY GOOD CONDITION. 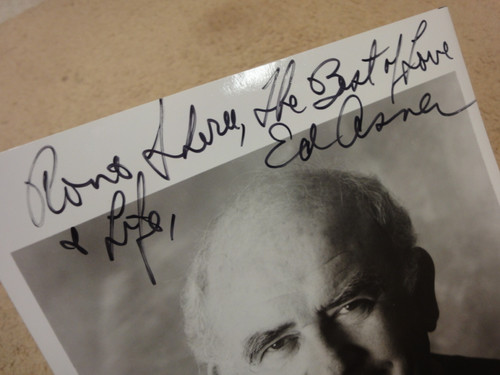