THIS IS AN AUTHENTICALLY AUTOGRAPHED PHOTO BY SUSAN ANTON.. THIS IS A 4 1/2 INCH BY 6 INCH BLACK AND WHITE PHOTO SIGNED BY SUSAN ANTON. CONDITION OF THE PHOTO AND AUTOGRAPH IS VERY GOOD. Susan Ellen Anton (born on October 12, 1950 in Oak Glen, California) is an American singer and actress. Susan attended Yucaipa High School in Yucaipa, California, and graduated in 1968. She is perhaps best known for her role as "Susan Williams" in the various Stop Susan Williams!-related television series. She also had a recurring role on the TV series Baywatch and has appeared in several films. Anton first experienced fame by winning the Miss California contest in 1969. By the mid-1970s, Anton developed a following for her Muriel Cigar commercials where she provocatively sang, "Let Muriel turn you on / That is my desire / Muriel lights a flame in me / Where there's Muriel smoke, there's fire".[1] In 1978, ABC gave her and country singer Mel Tillis a summertime variety series, Mel and Susan Together, produced by the Osmond Brothers. The pairing of Anton and Tillis was unlikely one: he was popular in country music circles but hardly a national household name, while Susan was barely known at all. The show disappeared after four weeks; nevertheless, she was later chosen as one of Time magazine's "Most Promising Faces of 1979." She later starred in her own variety show, Presenting Susan Anton, and in the films Goldengirl, Spring Fever and Cannonball Run II. She also made recordings, her biggest hit being Killin' Time a duet with country singer Fred Knoblock. The record made top 10 on the country charts and hit #28 on Billboard's Hot 100. In the early 1980s, Anton reportedly had a relationship with Sylvester Stallone, which occurred while he was married.[citation needed] She later dated English film and TV star Dudley Moore with much made of their height difference: he was 5 ft 2.5 in. (1.59m) tall, she is 5 ft 11 in. (1.80m). In 1990, Susan appeared on the TV comedy series Night Court in a episode called "The Talk Show" where she played talk show producer Margo Hunter. Susan Anton married television actor Jeff Lester on August 15, 1992. Anton was the host of the successful "Great Radio City Music Hall Spectacular" show at the Flamingo Hilton in Las Vegas for over 5,000 performances till July 31, 2000. She was then replaced by Dorothy Hamill; the show was discontinued soon after. She also appeared in the Vegas company of Hairspray and on Broadway in The Will Rogers Follies, Hurlyburly and All Shook Up. She also starred in a national tour of the musical "All Shook Up." 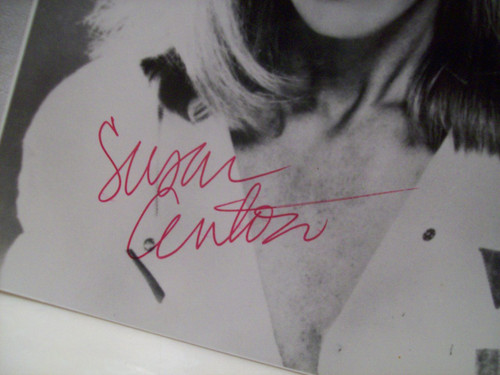