THIS IS AN AUTHENTICALLY AUTOGRAPHED PHOTO BY MOREY AMSTERDAM... THIS IS A 7 INCH BY 9 INCH BLACK AND WHITE PHOTO SIGNED BY MOREY AMSTERDAM. CONDITION OF THE PHOTO AND AUTOGRAPH IS VERY GOOD. Morey Amsterdam (December 14, 1908  October 27, 1996) was a veteran American television actor and comedian, renowned for his large, ready supply of jokes. He is probably best known for his role as Buddy Sorrell on The Dick Van Dyke Show in the early 1960s. Born in Chicago, Illinois, USA, to a Jewish family, he began working in vaudeville in 1922 as the straight man for his brother's jokes. He was also a cellist, a skill which he used throughout his career. By 1924, he was working in a speakeasy operated by Al Capone. After being caught in a gunfight, Amsterdam moved to California and sought work writing jokes. His enormous repertoire and ability to come up with a joke on any subject earned him the nickname "The Human Joke Machine." He sometimes performed with an actual machine on his chest, hanging by a neck strap. When he turned a hand crank on the gadget and paper rolled out, he would then read the machine's joke -- although the paper was blank. 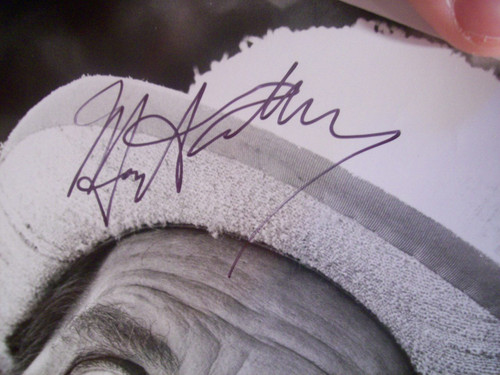