THIS IS AN AUTHENTICALLY AUTOGRAPHED PLAYBILL BY DON AMECHE.. THIS IS A 5 1/2 INCH BY 9 INCH PLAYBILL FROM THE PALACE THEATRE-1967-HENRY SWEET HENRY-COVER IS SIGNED BY DON AMECHE-CONDITION OF THE PLAYBILL AND AUTOGRAPH IS VERY GOOD. Henry, Sweet Henry is a musical with a book by Nunnally Johnson and music and lyrics by Bob Merrill. Based on the novel The World of Henry Orient by Johnson's daughter Nora and the subsequent film of the same name, the plot focuses on Valerie and Marian, two wealthy, love-struck teenagers who stalk an avant-garde composer and aging philanderer. After twelve previews, the Broadway production, directed by George Roy Hill and choreographed by Michael Bennett, opened on October 23, 1967 at the Palace Theatre, where it ran for 80 performances. The cast included Don Ameche, Neva Small, Robin Wilson, Carol Bruce, Louise Lasser, Baayork Lee, Priscilla Lopez, Alice Playten, and Pia Zadora. The stage musical was never filmed: however, during its brief Broadway run, Alice Playten and the chorus performed one song from the score -- "Poor Little Person" -- on The Ed Sullivan Show; this video recording survives. The show is one of those tracked by William Goldman in his 1968 book The Season, which describes the ins and outs of a season on Broadway. He contends that Henry, Sweet Henry was well-received by audience members (getting "every bit as good a reaction as Mame gets", referring to a smash hit of the time) but couldn't survive a bad review from Clive Barnes in the New York Times, who was then on a crusade to bring pop music into Broadway scores. Goldman also describes how the show was intended as a vehicle to propel its young lead Robin Wilson to stardom, but instead accidentally allowed second lead Alice Playten to steal the show. 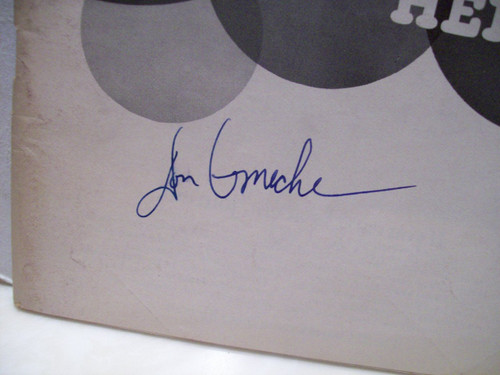