This item is an 8" X 10",black and white photo of actor Don Ameche.Don Ameche (May 31, 1908  December 6, 1993) was an American actor with a career spanning almost sixty years.After touring in vaudeville, he featured in many film-biographies, including The Story of Alexander Graham Bell (1939). He continued to appear on Broadway, as well as on radio and TV, where he was host and commentator for International Showtime, covering circus and ice-shows all over Europe. Ameche remained married to his wife Honore for fifty-four years, and they had six children.The photo has been autographed o the front by Don Ameche with a fountain pen in brown.................BOTH PHOTO AND AUTOGRAPH ARE IN VERY GOOD CONDITION. 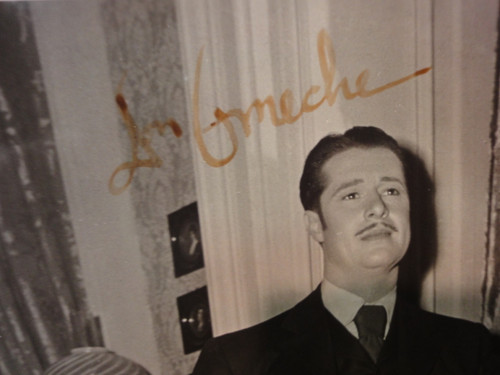