THIS IS AN AUTHENTICALLY AUTOGRAPHED LP BY STEVE ALLEN AND JAYNE MEADOWS.. STEVE ALLEN AND JAYNE MEADOWS PRESENT FOR CHILDREN ONLY!(GOLDEN LP 247)PHOTO COVER IS SIGNED BY STEVE ALLEN. CONDITION OF THE VINYL,COVER, AND AUTOGRAPHS IS VERY GOOD. Steve Allen, born Stephen Valentine Patrick William Allen (December 26, 1921  October 30, 2000) was an American television personality, musician, actor, comedian and writer. Though he got his start in radio, Allen is best known for his television career. He first gained national attention as a guest host on Arthur Godfrey's Talent Scouts. He graduated to become the first host of The Tonight Show, where he was instrumental in innovating the concept of the television talk show. Thereafter he hosted numerous game and variety shows, including the Steve Allen Show, I've Got a Secret, The New Steve Allen Show and was a regular panel member on CBS's What's My Line?. Allen was also known as a prolific composer, having penned over 10,000 songs, one of which was recorded by Perry Como and Margaret Whiting. Allen won a Grammy award in 1963 for best jazz composition with his song The Gravy Waltz. Allen additionally wrote more than 50 books. He has two stars on the Hollywood Walk of Fame. Jayne Meadows (born September 27, 1920) is an American movie and stage actress and author. Meadows' most famous movies include: Song of the Thin Man (with William Powell and Myrna Loy), David and Bathsheba (with Gregory Peck, Susan Hayward and Raymond Massey), Lady in the Lake (with Robert Montgomery and Audrey Totter), Enchantment (with David Niven and Teresa Wright). and City Slickers (as the voice of Billy Crystal's oversolicitous mother). Meadows was a regular panelist on the original version of I've Got a Secret and an occasional panelist on What's My Line?, the latter alongside husband Steve Allen. During the early days of the burgeoning live entertainment scene in Las Vegas, the Allens occasionally worked together as an act. 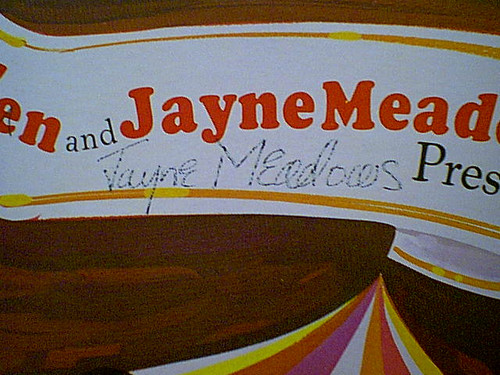