This is an authentically autographed Playbill by Steve Lawrence and Robert Alda... Playbill-Jan 1964-What Makes Sammy Run?-Photo cover is signed by Steve Lawrence and Robert Alda, condition of the Playbill and autographs is VERY GOOD. On February 27, 1964, Steve Lawrence opened at the 54th Street Theatre in a Broadway musical version of What Makes Sammy Run? which ran for 540 performances, closing on June 12, 1965. Robert Alda played Al Manheim and Sally Ann Howes played Kit Sargent. The music and lyrics were by Ervin Drake and Budd Schulberg and his brother, Stuart Schulberg, wrote the book. Abe Burrows directed.[2] A heavily-revised revival of the musical opened on January 19, 2006 at the West End Theatre in New York City. Ervin Drake wrote several new songs and reinserted several songs that were not used in the 1964 production.[3] The book has yet to be made into a theatrical film. According to a 2001 article in Variety,[4] Dreamworks paid US$2.6 million to acquire the rights to the novel from Warner Bros. for a proposed movie version starring and/or directed by Ben Stiller, although production was never begun. Budd Schulberg, who died in 2009, told the Jewish Daily Forward in 2006 that he doubted that a film would ever be made, saying "I still think theres a sense that its too anti-industry.".[5] In a 2009 newspaper interview, Schulberg quoted Steven Spielberg as saying that the book was "anti-Hollywood and should never be filmed"[6]. 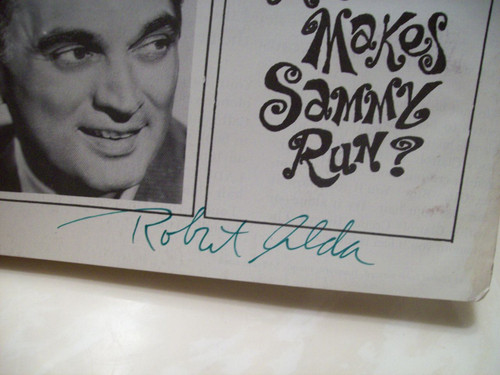