Paul Allen Microsoft 1999 Signed Autograph Forbes Magazine..................Forbes Magazine-November 15, 1999-8" X 10 1/2"-328 pages-Signed By Paul Allen. Paul Gardner Allen (January 21, 1953  October 15, 2018) was an American business magnate, computer programmer, researcher, investor, and philanthropist. He was best known for co-founding Microsoft Corporation with childhood friend Bill Gates in 1975, which helped spark the microcomputer revolution of the 1970s and 1980s, later making Microsoft the world's largest personal computer software company. Allen was ranked as the 44th-wealthiest person in the world by Forbes in 2018, with an estimated net worth of $20.3 billion at the time of his death. The magazine has been autographed on the front cover by Paul Allen.....BOTH MAGAZINE AND AUTOGRAPH ARE IN VERY GOOD CONDITION. 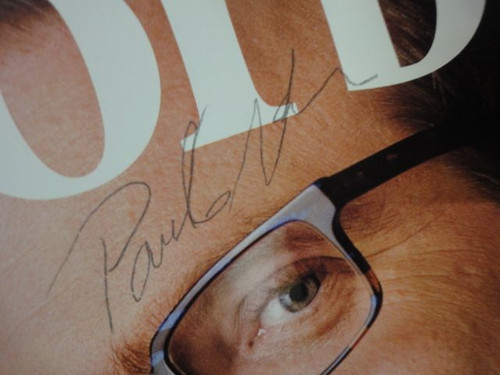