THIS IS AN AUTHENTICALLY AUTOGRAPHED LP BY MARTY ALLEN.. ONE MORE TIME-HELLO DERE!-MARTY ALLEN AND STEVE ROSSI(ABC PARAMOUNT ABC 445)BACK COVER IS SIGNED BY MARTY ALLEN. RELEASED IN 1964-CONDITION OF THE VINYL,COVER, AND AUTOGRAPH IS VG PLUS. Marty Allen (born Morton Alpern March 23, 1922) is an American stand-up comedian and actor. He has worked as a comedy headliner in night clubs and as a dramatic actor in TV roles. Marty was born in Pittsburgh, Pennsylvania, the son of Louis and Elsie Alpern. After graduating from Taylor Allderdice High School during World War II, he joined the Air Corps. He was stationed in Italy where he attained the rank of sergeant and earned a Soldier's Medal for his bravery during a fire which happened while a plane was being refueled. His heroism also earned him a full-dress parade. After the war, Marty attended the University of Southern California where he studied journalism. He was still doing a comedy act in small clubs, but to supplement his GI Bill allotment, he became the first door-to-door dance salesman for a while. Eventually, the night club act became lucrative enough to cause him to leave college. During the 1950s, Marty worked as an opening act for stars such as Sarah Vaughan, Eydie Gorme, and Nat King Cole. It was during this time that he became part of the comedy team of Allen & Rossi. That association produced a string of hit comedy albums, 40 appearances on the Ed Sullivan Show, and the film The Last Of The Secret Agents. Marty eventually began performing dramatic roles. His debut as a serious actor came on The Big Valley TV series. Marty appeared in several other dramatic productions, including Mister Jerico, The Ballad of Billie Blue and a Rod Serling Night Gallery segment. Throughout the 1970s and into the '80s, Marty made hundreds of TV appearances, becoming a regular on Hollywood Squares. He also appeared on Circus of the Stars, on game shows such as Password, and in ten made-for-television movies. In 2007 Marty began performing at the Gold Coast Casino in Las Vegas with his partner Karon Kate Blackwell, as well as performing on cruise ships. 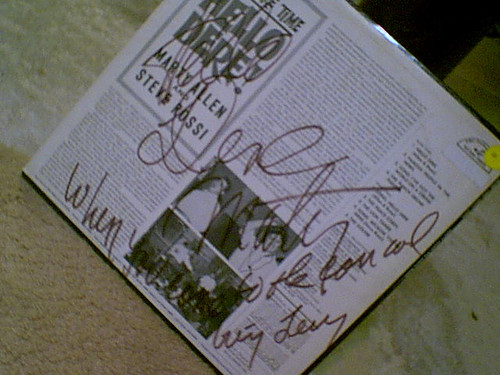