This item is a 10 1/2" X 15",color magazine cover form The Philadelphia Inquirer Newspaper Picture Parade Magazine dated August 22,1943. Please note this is the magazine cover only-not the complete magazine. The cover features a vintage color photo of actress Louise Allbritton.In a kinder world, vivacious film actress Louise Allbritton would have inherited the "screwball comedy" mantle vacated by the late Carole Lombard. Alas, Louise went straight from Pasadena Playhouse to the "B" mills of Universal Pictures, a studio notorious for its mishandling of unique talents. Her best starring assignment during her Universal years was the whimsical heroine in the captivating comedy San Diego I Love You (1945). By 1948, however, Louise was mired in "other woman" and secondary roles; she is quite good in this capacity in Universal's The Egg and I (1947), but the film's best lines and bits of business went to stars Claudette Colbert and Fred MacMurray. Louise Allbritton retired from films in 1949, spending the rest of her life traversing the globe in the company of her husband, peripatetic CBS news correspondent Charles Collingwood.The magazine cover has been autographed on the front by Louise Allbritton..................BOTH MAGAZINE COVER AND AUTOGRAPH ARE IN AVERAGE CONDITION................... 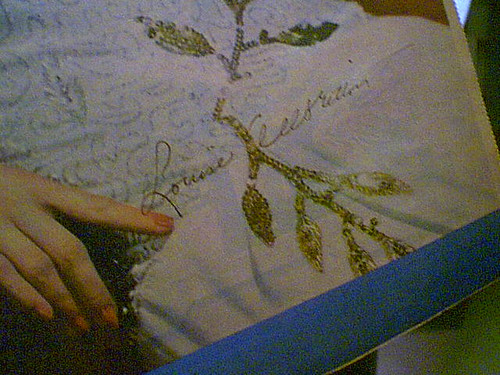