"All In The Family"(Atlantic 7210)-LP.All in the Family is an American sitcom that was originally broadcast on the CBS television network from January 12, 1971, to April 8, 1979. In September 1979, a new show, Archie Bunker's Place, picked up where All in the Family had ended. This sitcom lasted another four years, ending its run in 1983. Produced by Norman Lear, it is based on the British television comedy series Till Death Us Do Part. Despite being considerably softer in its approach than its BBC predecessor, the show broke ground in its depiction of issues previously considered unsuitable for U.S. network television comedy, such as racism, homosexuality, women's liberation, rape, miscarriage, abortion, breast cancer, the Vietnam War, menopause, and impotence.The LP has been autographed on the front by Carroll O'Connor Jean Stapleton Rob Reiner Sally Struthers ......CONDITION OF VINYL,COVER AND AUTOGRAPHS IS VG.RECORD HAS ORIGINAL BOOKLET WITH PHOTOS. 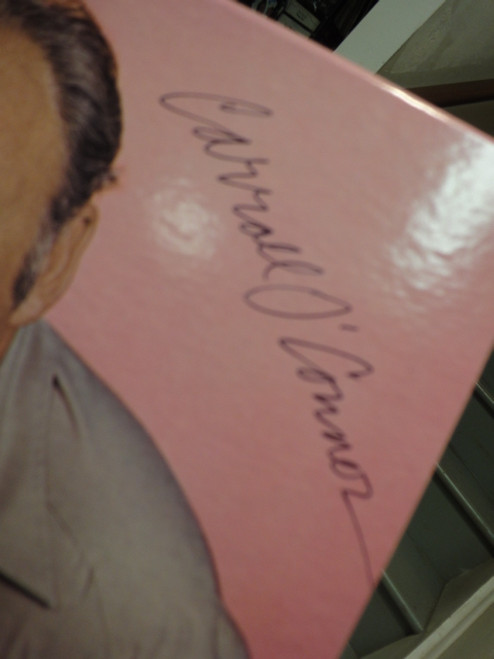